Driver fatigue is one of the most common causes of truck accidents and delivery truck accidents. Commercial truck drivers operate under considerable pressure from their employers to reach their destinations as quickly as possible, oftentimes prompting them to drive for extensive periods of time without rest.

This is extremely dangerous, as it can limit a driver’s reaction times and dramatically increase their chances of falling asleep at the wheel. If you have been injured in a collision with a fatigued or drowsy driver, it is imperative that you retain the services of a qualified Rochester truck accident lawyer from King Law as soon as possible.

Discuss your situation with a skilled legal professional. Schedule a free consultation now.

Exhaustion is Comparable to Intoxication

According to studies conducted by multiple safety and health awareness organizations, including the Centers for Disease Control (CDC) and the National Highway Traffic Safety Administration (NHTSA), an exhausted driver has as little control over their vehicle as an intoxicated driver.

If a truck driver is forced to work long hours for multiple days in a row, perhaps even violating legal standards set by the Federal Motor Carrier Safety Administration (FMCSA), drowsiness and fatigue is sure to be a problem. Matters become even more serious when you consider how difficult it can be to control an 80,000 pound vehicle in ideal conditions.

If a trucker becomes exhausted, they could potentially fail to:

React in time to stopped traffic.

Steer without swerving into adjacent lanes.

Check all mirrors or blind spots.

In fact, truck driver fatigue was the main reason behind the highly-publicized crash that debilitated popular comedian Tracy Morgan. According to the National Transportation Safety Board, the driver of the truck involved in the accident had been awake for an astounding 28 hours, causing four injuries and one fatality as a result of the wreck.

Seeking Compensation from a Drowsy Driver

Proving the Drowsy Driver Was Negligent

How can you prove that a driver was too tired to drive safely? This is a complicated issue since there is no such thing as a breathalyzer to determine a person’s level of fatigue in the way that a breathalyzer machine can determine a person’s blood alcohol concentration and thus whether the person is intoxicated. Instead, you will need to work with your attorney to look at details from the scene of the collision in addition to gathering witness statements. According to the National Safety Council (NSC), the following are signs that a person might be too tired to drive safely and could be at fault for a drowsy driving crash:

Get the Top-Notch Representation You Deserve

If a truck driver has caused you harm due to excessive fatigue, it is vital that you contact an attorney as soon as possible to seek the compensation you deserve. Negligent truck drivers must be held accountable for their actions, and the Rochester personal injury lawyers form King Law are committed to ensuring that your rights are protected.

Having amassed an impressive collection of case victories for their unmatched skills and dedication, they have the passion and knowledge you need to maximize your chances of securing a desirable outcome for your situation. Do not wait any longer to seek justice – contact our firm today! 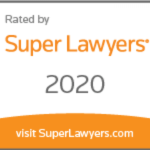 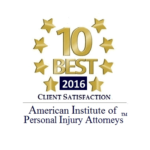